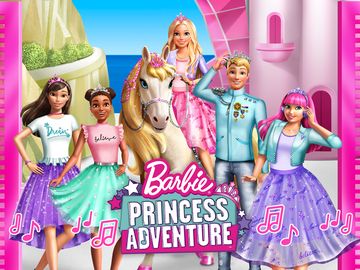 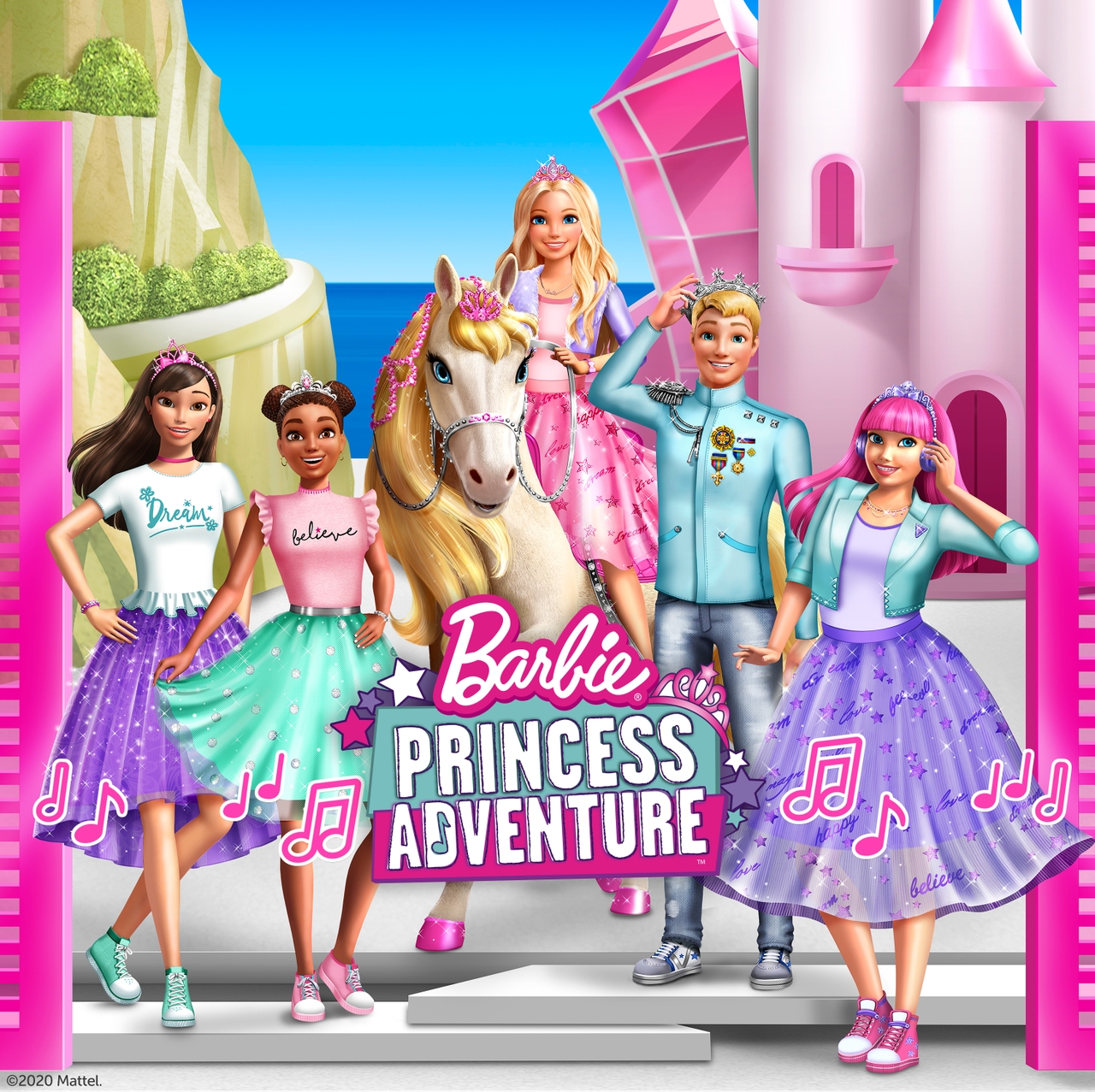 Barbie Princess Adventure™ is a new animated musical from Mattel Television that follows the story of Barbie and her new friend Princess Amelia as they embark on a journey of self-discovery.

This modern fairytale, which delivers the message of staying true to one’s self, and builds on Barbie’s broader brand purpose to inspire the limitless potential in every child, complements additional Barbie content currently available including Barbie Dreamhouse Adventures™ (also available on Netflix in the U.S.) and Barbie Vlogger (available on YouTube).

Fans can stream Barbie Princess Adventure on Netflix in the U.S. beginning on Sept. 1, 2020.

The film’s soundtrack will be available across all digital streaming platforms beginning on Aug. 28, 2020.

After being selected by their school, Barbie and her friends travel to the country of Floravia to meet Princess Amelia, who bears a striking resemblance to Barbie. Princess Amelia, nervous about becoming queen, is looking for an escape and devises a plan to switch places with Barbie. Their secret is safe until a devious rival prince discovers the truth, and Barbie and her friends must team up to stop the prince and rescue the princess in time for her coronation.

“Try It On” – Composed by Andrew Underberg, Matthew Tishler

“King Of The Kingdom” – Composed by Andrew Underberg, Matthew Tishler

“Barbie is an iconic character who provides endless storytelling opportunities. She inspires the limitless potential in all kids, and this brand purpose resonates deeply with children and parents alike. Barbie Princess Adventure builds on that purpose with a focus on empowerment, self-discovery and finding your voice in the age of social media.”

“Barbie Princess Adventure captures a range of musical genres which enables the audience to connect with the story in a variety of ways. Original music will continue to be an integral part of Mattel Television content moving forward – for Barbie as well as other brands.”

Mattel is a leading global toy company and owner of one of the strongest catalogs of children’s and family entertainment franchises in the world. We create innovative products and experiences that inspire, entertain and develop children through play. We engage consumers through our portfolio of iconic brands, including Barbie®, Hot Wheels®, Fisher-Price®, American Girl®, Thomas & Friends™, UNO® and MEGA®, as well as other popular intellectual properties that we own or license in partnership with global entertainment companies. Our offerings include film and television content, gaming, music and live events. We operate in 35 locations and our products are available in more than 150 countries in collaboration with the world’s leading retail and ecommerce companies. Since its founding in 1945, Mattel is proud to be a trusted partner in empowering children to explore the wonder of childhood and reach their full potential.