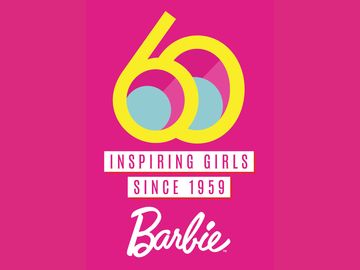 EL SEGUNDO, Calif., March 6, 2019 -- Today, Mattel, Inc. (NASDAQ: MAT) kicks off worldwide celebrations to mark the 60th anniversary of Barbie, the number one fashion doll in the world designed to inspire the limitless potential in every girl.

In its 60th year, the Barbie brand is honoring the largest lineup of global female role models and taking the next step to close the Dream Gap by donating to fund like-minded organizations aimed at leveling the playing field for girls through the Mattel Children's Foundation. Research** has shown that starting at age five, girls start doubting their potential, this is the Dream Gap.

"For 60 years, Barbie has championed girls, inspired generations to believe through make believe and showed them that they have choices. With more than 200 careers, six runs for president and a trip to the moon before Neil Armstrong, Barbie continues to evolve to be a modern, relevant role model for all ages," said Lisa McKnight, General Manager and Senior Vice President, Barbie.  "The Barbie brand believes girls should never know a world, job, or dream women haven't conquered. Through our global platform, we are igniting a movement to help close the Dream Gap and further establish Barbie as the ultimate girl empowerment brand."

The brand is celebrating and inspiring girls around the world in its 60th year by:

Visit barbiemedia.com for more information, images and video footage of the brand. Follow @barbie and @barbiestyle on social media and join in the celebration using #Barbie60 and #YouCanBeAnything.

**Study conducted by researchers at New York University, the University of Illinois and Princeton University.

Mattel is a leading global children's entertainment company that specializes in design and production of quality toys and consumer products. We create innovative products and experiences that inspire, entertain and develop children through play. We engage consumers through our portfolio of iconic franchises, including Barbie®, Hot Wheels®, American Girl®, Fisher-Price®, Thomas & Friends® and Mega®, as well as other popular brands that we own or license in partnership with global entertainment companies. Our offerings include film and television content, gaming, music and live events. We operate in 40 locations and sell products in more than 150 countries in collaboration with the world's leading retail and technology companies. Since its founding in 1945, Mattel is proud to be a trusted partner in exploring the wonder of childhood and empowering kids to reach their full potential. Visit us online at www.mattel.com.