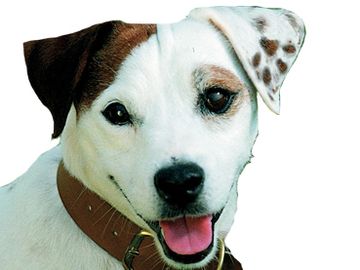 Mattel Films will produce “Wishbone” alongside Academy Award-winner Peter Farrelly (“Green Book,” “There’s Something About Mary”). Roy Parker (2019 The Black List’s "The House is Not for Sale") will write the script. Robbie Brenner, executive producer, and Kevin McKeon, supervising producer, will lead the project for Mattel Films, and Lexi Barta, director of development, will oversee the project for Universal Pictures.

“Wishbone” followed the eponymous dog as he whisked viewers into some of the most famous and cherished literary moments. Mattel Films will be rebooting the property into a modern, four-quadrant comedy that will appeal to the whole family.

“Our deep library of iconic franchises continues to offer cinematic storytelling opportunities,” said Brenner. “We’re thrilled to be working with Peter Farrelly, Roy Parker and Universal to take the beloved dog classic into a new direction with a modern reimagination of the franchise.”

“Wishbone” joins other Mattel Films projects in development including ones based on American Girl®, Barbie®, Barney®, Hot Wheels®, Magic 8 Ball®, Major Matt Mason®, Masters of the Universe® and View Master®.

Mattel is a leading global toy company and owner of one of the strongest catalogs of children’s and family entertainment franchises in the world. We create innovative products and experiences that inspire, entertain and develop children through play. We engage consumers through our portfolio of iconic brands, including Barbie®, Hot Wheels®, Fisher-Price®, American Girl®, Thomas & Friends™, UNO® and MEGA®, as well as other popular intellectual properties that we own or license in partnership with global entertainment companies. Our offerings include film and television content, gaming, music and live events. We operate in 35 locations and our products are available in more than 150 countries in collaboration with the world’s leading retail and ecommerce companies. Since its founding in 1945, Mattel is proud to be a trusted partner in empowering children to explore the wonder of childhood and reach their full potential.