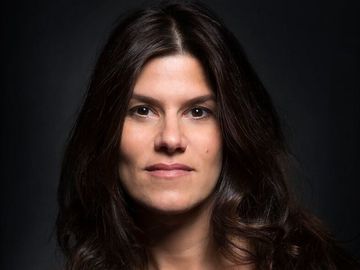 "Mattel is home to one of the world's greatest portfolios of beloved franchises, and the creation of Mattel Films will allow us to unlock significant value across our IP," said Mr. Kreiz. "Robbie is a gifted storyteller and a highly respected filmmaker with deep relationships in entertainment. She is the perfect leader to bring our celebrated brands to life."

"Generations of children around the world have grown up with deep emotional connections to Mattel's brands and characters," said Ms. Brenner. "There are so many stories to be told and so many imaginations to be captured by these iconic brands, and I look forward to working with Ynon and his team to do so."

Ms. Brenner was nominated for an Academy Award for Best Picture for Dallas Buyers Club, and her film Burden was a 2018 Sundance Film Festival Audience Award winner. She has held multiple leadership roles in the entertainment industry for the last two decades, including Partner and President of the film division at The Firm, as well as President of Production at Relativity Media. Ms. Brenner also ran the classics division at Davis Entertainment, and prior to this, she held Senior Vice President roles at both Twentieth Century Fox and Miramax.

In 2015, in recognition of her pioneering work, Ms. Brenner was invited to join the executive branch of the Academy of Motion Picture Arts and Sciences.

About Mattel
Mattel is a leading global children's entertainment company that specializes in design and production of quality toys and consumer products. We create innovative products and experiences that inspire, entertain and develop children through play. We engage consumers through our portfolio of iconic franchises, including Barbie®, Hot Wheels®, American Girl®, Fisher-Price®, Thomas & Friends® and MEGA®, as well as other popular brands that we own or license in partnership with global entertainment companies. Our offerings include film and television content, gaming, music and live events. We operate in 40 locations and sell products in more than 150 countries in collaboration with the world's leading retail and technology companies. Since its founding in 1945, Mattel is proud to be a trusted partner in exploring the wonder of childhood and empowering kids to reach their full potential. Visit us online at www.mattel.com.