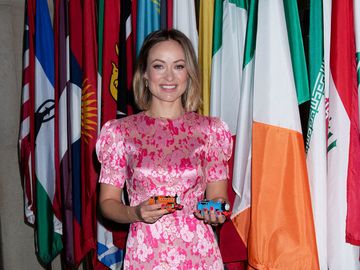 NEW YORK, September 7, 2018 -- Mattel Inc. debuts today in the Nick Jr. preschool block on Nickelodeon, the brand-new season of Thomas & Friends™, a game changing event in children's television that is part of a strategic brand relaunch which includes a two-year alliance with the United Nations. This is the first collaboration between a preschool brand and multiple UN entities to promote the SDGs via content to inspire the next generation of global citizens

As part of the brand relaunch,  the Thomas & Friends production team collaborated with the UN Department of Public Information's Creative Community Outreach Initiative to develop content inspired by 6 of the 17 SDGs that were most appropriate for a preschool audience and fitting to the Thomas & Friends brand values. This included the SDG's #4 Quality Education; #5 Gender Equality; #6 Clean Water and Sanitation, #11 Sustainable Cities and Communities; #12 Responsible Consumption and Production, and #15 Life on Land. This collaboration will further come to life with parent tips, activity sheets and short-form content available on a new microsite AllAboardForGlobalGoals.com that launches today. The content and parent targeted materials looks to  introduce preschoolers around the world to the concept of global citizenship and start meaningful conversations between parents and children.

"Thomas' unique focus on empathy, collaboration and friendship is more relevant than ever and such an effective way to introduce children to the most important global values of their lifetimes - as embodied by the Sustainable Development Goals," said Richard Dickson, President and COO of Mattel.  "I cannot imagine a more appropriate partnership than Thomas and the United Nations – the most dedicated and purpose-driven people, organizations and brands never go it alone, but recognize the value of collaboration in creating a better world.  That's why the UN exists, and that's been the core lesson of Thomas for over 70 years".

"In our quest to popularize the Sustainable Development Goals and raise awareness about them among all ages, Thomas & Friends  was a natural fit for younger audiences, as well as their parents and caretakers. The SDGs also proved to be the perfect tool for Thomas & Friends to teach children the importance of taking part in the global efforts to end poverty, providing girls and boys with the same opportunities, and of course doing so while protecting our planet," said Maher Nasser, Director of the Outreach Division at the United Nations Department of Public Information who has led the collaboration with Mattel on this project.

Following market research with children and parents around the world  to help transform the 70 year old brand, the show will have a more contemporary feel, a brand-new theme tune and a refreshed Steam Team ensuring gender equality across the show. This all-new format series launching today in the Nick Jr. preschool block on Nickelodeon, will feature faster-paced action, increased humor and music, new international friends, animals and exciting fantasy elements. The key highlights include:

Thomas the Tank Engine™ was created over 70 years ago and that story quickly grew to become the award-winning #1 preschool train brand franchise it is today, selling 1 engine every second, enjoyed by families in more than 160 territories and 55 languages across multiple touchpoints and formats, including: 500+ original TV shows; 12 feature-length films; apps; toys; consumer products; publishing; live attractions and much more.

About Thomas & Friends™
Thomas the Tank Engine™ was created over 70 years ago, by a British clergyman, the Rev W Awdry, as a storybook for his son. That story quickly grew to become the award-winning #1 preschool train brand franchise it is today, enjoyed by families in more than 160 territories and over 55 languages across multiple touch-points and formats, including: 500+ original TV shows; 12 feature-length films; selling 1 engine every second; apps; toys; consumer products; publishing; live attractions and much more. Thomas & Friends is viewable on more than 30 world-class broadcasters including Nick Jr. in the US, Super RTL in Germany, and on Five's Milkshake! in the UK. Thomas & Friends can also be viewed across digital platforms including Hulu, iTunes, YouTube and more. On YouTube, the Thomas & Friends channel has had over 1.16 billion lifetime views, over 909k subscribers and 2.6MM engagements. For more information about the world of Thomas & Friends, please visit: www.thomasandfriends.com and on Facebook

About Mattel
Mattel (NASDAQ: MAT) is a leading global children's entertainment company that specializes in design and production of quality toys and consumer products. We create innovative products and experiences that inspire, entertain and develop children through play. We engage consumers through our portfolio of iconic franchises, including Barbie®, Hot Wheels®, American Girl®, Fisher-Price®, Thomas & Friends® and MEGA®, as well as other popular brands that we own or license in partnership with global entertainment companies. Our offerings include film and television content, gaming, music and live events. We operate in 40 locations and sell products in more than 150 countries in collaboration with the world's leading retail and technology companies. Since its founding in 1945, Mattel is proud to be a trusted partner in exploring the wonder of childhood and empowering kids to reach their full potential. Visit us online at www.mattel.com.